Bike Lanes - What are they Good For? 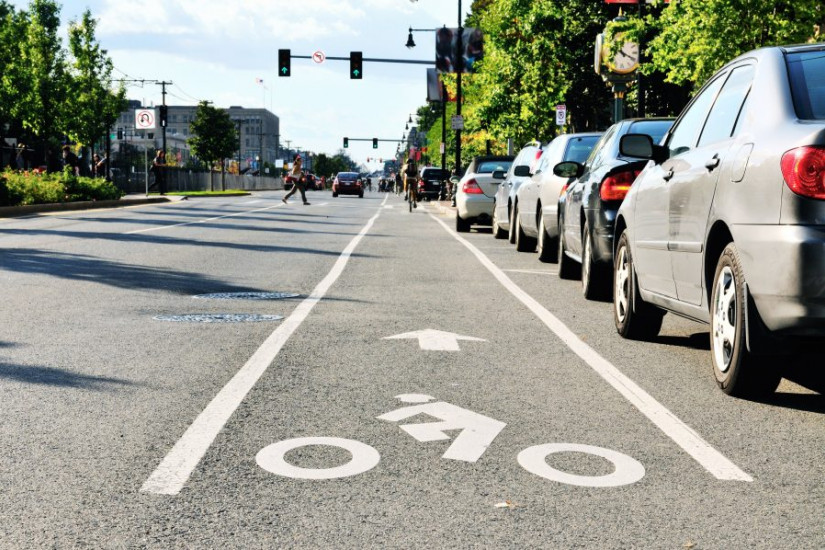 Bike Lanes, Huh, Yeah: What Are They Good For?

If you're an automotive commuter you may already be singing the answer to that question: absolutely nothing. But before we slam the gavel on this particular curiosity of the road, let's analyze it a bit. First, it must be noted that bike lanes are absolutely in vogue, especially among the youth of America. You don't have to look far to see folks preaching against the monopolization of street space by automobiles.

There are countless political ideas and causes tied up in this discussion. Environmentalism, class, public planning, and social justice are just a few words you could say to sound smart during the next heated bicycle vs. car discussion at a not-good party. At the heart of things, however, is the undeniable truth that cycling is often portrayed in media as cool, progressive, and good for the planet while driving a car is shown as selfish, outmoded, even irresponsible.

There are many counterarguments to this thinking, such as the obvious question of how exactly parents are supposed to transport their children safely to soccer practice and to preschool on bicycles, or whether disabled people are exempt from the cycling requirements of the utopian future, or whether the roads monopolized by cars would exist without them at all; but these notions are beside the point. People like to drive, and this is America. Are we not free?

Yes, We Are Free

But by gosh, don't the cyclists deserve to travel safely and efficiently too? They're Americans. They too have to get to work and to the grocery store. They ought to enjoy drive-in movies, and driveways, and drive-thru restaurants; whether they're actually driving isn't relevant. They are here. They walk among us. In brightly colored Lycra, granted. But they're here.

And we four-wheelers aren't getting rid of them, any more than the 18-wheelers are getting rid of us. If you think cyclists bother you, imagine how truckers feel about car drivers. With 14 more wheels than us! We only have two more than cyclists. That's not so far off. With that in mind, the least we can do is show each other a little respect. But before we can respect each other, we have to find a compromise, which, by definition, really ought to suit us both.

It's a Good Time to Be Right About Everything

Whether you're opposed to bike lanes or not, now is the time to hold a strong opinion. Everyone has them these days and there are countless advocates around to yell on your behalf. While sensibly evaluating the needs of individual traffic systems regularly to determine community need rather than rushing ahead with concessions to either side might seem reasonable, it's not very good politics.

Unless, of course, a sizable group of political constituents wanted their leaders to study the effects of bike lanes on vehicular traffic in serious detail before shoehorning them into largely car-centric traffic systems. That might make for great politics. Likewise, opponents of car-centrism might wish to curb their enthusiasm just a bit, accepting that in a practical sense some cities are going to remain focused on automotive travel for years to come.

Whatever your approach is or your opinion on bike lanes, let's stay respectful and safe on the roads. After all, what we really want is for everyone to stay in their lane.