Defensive Driving Tips That You Can Start Using Today 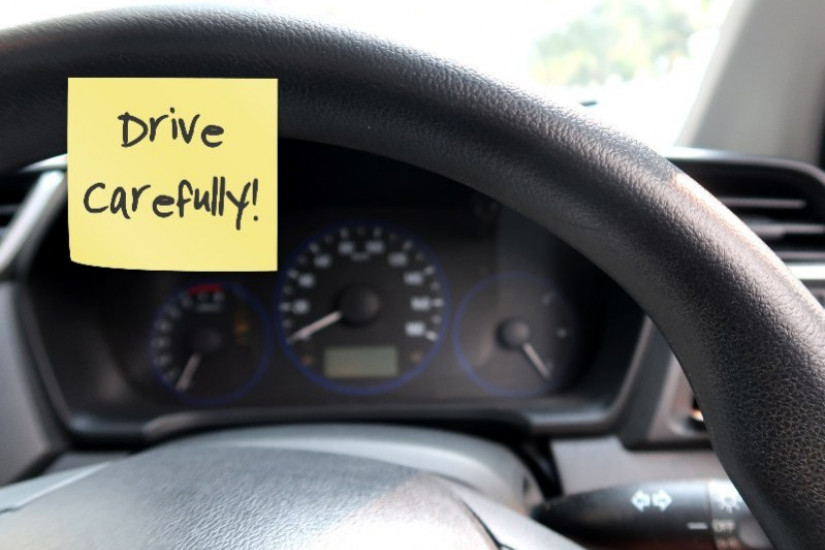 When you see the term ‘defensive driving,’ it might bring certain images to mind. For example, a paranoid driver, checking their mirrors constantly, white-knuckling the steering wheel as they cruise down the highway at 10 mph under the speed limit. Or perhaps an overly cautious driver, who just won’t go at a four-way stop, too afraid they might be hit in the intersection. The meaning of term ‘defensive driving’ could perhaps be better conveyed using the terms ‘smart, attentive driving’ or ‘careful, intelligent driving.’ But those just aren’t as catchy.

In truth, defensive driving isn’t some specialized practice that takes long hours to learn about. While finding a defensive driving course in your area could prove helpful, there are some simple defensive driving methods you could start integrating into your driving routine today. Many of these are common sense practices, but sometimes you have to think through the way you’re driving today in order to break potentially harmful habits. Here are a few easy defensive driving tips to get you started and keep you safe on the road.

The first step here is easy to do, and very practical. Tailgating other drivers is frankly pointless, dangerous in almost all circumstances, and explicitly illegal in many states. The legal standards vary, and in many cases the act of following too closely is defined by the observing officer. Basically, if you are following someone too closely, you know it, they know it, and anyone observing will know it. It’s not going to make the person in front of you go faster, and it puts you at greater risk of getting in an accident. Plus, let’s be real: people are crazy, and you shouldn't get in an altercation with someone on the road so you can get somewhere maybe 30 seconds faster.

Additionally, there’s a subtle psychological effect, which perhaps lacks scientific documentation, but which all of us know about: when someone starts tailgating you, are you likelier to speed up or slow down? For most people, it’s probably the latter, which means that tailgating doesn’t even make sense from the perspective of getting someone to do what you want them to.

That brings us to the second part of this tip: try to avoid being followed too closely. Use the passing lane to pass. If someone’s coming up behind you on the highway and you’re in the passing lane and no longer passing anyone, just go ahead and get over. Lane discipline immediately eliminates the majority of tailgating incidents. Now, that doesn’t mean there won’t be jerks from time to time who tailgate you for no apparent reason, but the way to deal with them is not to slow down deliberately or brake check them (never a good idea), but to just get over. Let them go be nuts somewhere else. Just shrug it off, it’s not your problem. You’ll keep yourself safer and you’ll let the lunatic behind you get to Arby’s slightly earlier than they otherwise would have.

OK, this is where the advice might start to sound a little paranoid. But if you’ve been driving a while, you know it’s true: you can never assume that other drivers will be safe or sensible. In a perfect world, we could all trust that people wouldn’t run red lights, wouldn’t swerve to make an exit, and wouldn’t back into your vehicle in a parking lot as if you weren’t even there. But our world, sadly, is imperfect, and people routinely do all of these things. These are just a few examples, but the general principle can be applied universally.

#3 – Protect Yourself From… Yourself

“Surely, if it’s me sending a quick text, that’s fine. I’m a good driver. I can send a quick text. I’m not like those other bad drivers!”

Skip it. Whatever it is, however important it seems in the moment, it really doesn’t matter. Just focus on driving. We’re talking about the act of operating a vehicle at high speeds where even a small mistake can have disastrous consequences. We drive all the time, so we get used to these conditions, but the truth is that driving really is life or death. No, that’s not cool to think about all the time and it’s kind of morbid and frightening, but it’s the truth. It’s one activity where we really should fully engage our brains and pay attention. And if you find yourself getting bored just remind yourself that your very life is at stake and one swerve of the wheel could send you careening over an embankment to your certain demise. Fun, right?

In all seriousness, these defensive driving tips are really just a reminder of what most everyone already knows. Hot tempers, petty acts of road revenge, driving distractions, and a general lack of awareness aren’t good for any of us. It’s easy to develop bad habits out there on the road, especially when other drivers demonstrate so many bad habits all around us.

So the next time you get behind the wheel, take a deep breath and remember that your main objective is just to get from point A to point B safely. Minor indignities, like letting some jerk pass you after he tailgated you, are pretty meaningless in the grand scheme of things. Just focus on driving safe, and leave the stress in the rear-view mirror.