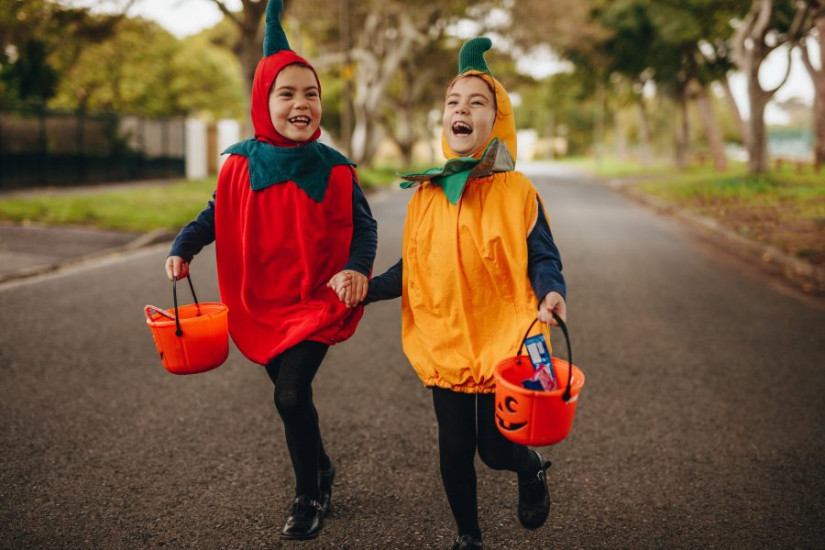 Don’t ghost drivers this Halloween! The word 'ghosting' was added to Merriam-Webster's dictionary in February of 2017. In its modern context, it means, "the act or practice of abruptly cutting off all contact with someone (such as a former romantic partner) by no longer accepting or responding to phone calls, instant messages, etc."

An example might be if someone, let's call them Ralph, ate an entire gallon of Moose Tracks ice cream without giving any to his friend, Roger. If Roger, in sheer anger and disappointment, were to never call or text Ralph again, that would be an example of ghosting. I must take issue with this definition, however, because it implies that ghosts are invisible. As we've seen in countless films, TV shows, books, and video games, ghosts are no such thing.

They are visible in people's showers, in closets, under beds, in kitchen pantries, aboard pirate ships, emerging from refrigerators like ethereal fitness coaches to frighten off late-night snackers, dancing in ballrooms at Disney World, and so on. Therefore, I propose the term be changed to "invisibleing." As in, "Ralph ate my ice cream last week, so I invisibled him." Isn't that better?

The point of invisibleing is that sometimes, whether out of spite or necessity, it's good to not be seen. The one time you really do want to be seen, however, is when you're near traffic. When someone is operating a motor vehicle near you that weighs more than Ralph's conscience after he ate all of his friend's ice cream, you really, really don't want to be invisible.

Halloween is Coming: Be Afraid of Not Following These Tips

Whether you're pretending to be a ghost, Frankenstein's monster, or the latest incarnation of Batman's arch-nemesis, the Joker, it's essential to be aware of your surroundings and maintain your visibility near traffic.

Wear light-colored outfits whenever possible. While your friend or child may be upset that their Sith Lord outfit isn't quite right unless it's all black, remain firm. A great tip is to tell them, "Listen, while you might not look exactly like a Sith Lord from Star Wars, at least you won't be run over by a truck." Try sprucing up the outfit with reflective stripes and LED lights so that they remain visible while still getting their costume vibe on.

Add reflective tape to your outfit or just dress as a gigantic piece of reflective tape. Other Halloween options include dressing up like a disco ball, a giant flashlight, or the sun. Whatever you choose, just remember that cars are dangerous and drivers aren't always aware. After all, you want to dress up as a ghost, not become one.

Another tip is to make sure that you're in a safe and low trafficked neighborhood that you trust. Many neighborhoods have a police presence to help reduce traffic and maintain the safety of everyone walking around. Also, try to stay off busy roads and make sure that you're always paying attention to pedestrians as well as the traffic around you. Not everyone pays attention to traffic signs!