More Than Surface Appeal: The Origins and Purpose of Road Surface Markings 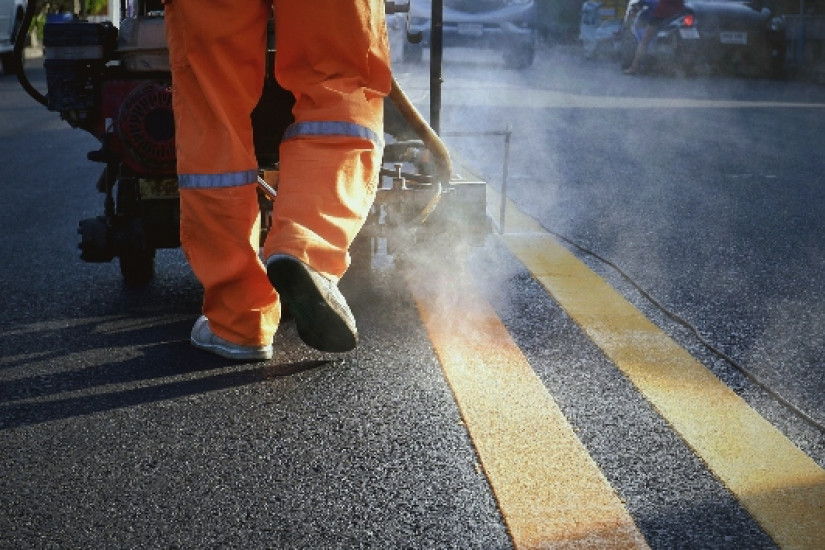 In the modern world, there are many conveniences, utilities, and safety features we take for granted. From indoor plumbing, heating, and air conditioning to seat belts, airbags, and power steering, the number of inventions we take advantage of on a daily basis while hardly thinking about them is truly astonishing.

You can add road surface markings to that list, which are such a common sight while driving that we now seem to perceive them unconsciously (while some inattentive drivers seem not to perceive them at all). But like microwaves, refrigerators, and antibiotics, these markings weren't always around. So where did they come from? And what are the different kinds of road markings that make our lives easier every day?

Dairy-free readers turn away now. The beginnings of road markings in the United States are possibly tied to an unusual incident involving everyone's favorite breakfast beverage and cereal accompaniment. According to this origin story, a man named Edward Hines, Road Commissioner for Wayne County, Michigan in 1911, saw a truck leaking milk in the center of the road and came up with the idea for a white dividing line on the spot. It's possible this story is a little too good to be true; another version of the story has Hines witnessing a head-on collision on a bridge.

Whether the story of the milk truck is true or not, it is safe to say that road markings in the United States originated with Hines. He is credited by the Michigan Department of Transportation as the inventor of road surface markings. The importance of his invention cannot be understated, and while it seems like an obvious idea today, most great inventions usually do seem that way after the fact.

There have been a lot of advancements in the field of road surface markings since Edward Hines' initial invention. Some common types you'll encounter on the road include:

Rumble Strips — These life-saving devices are raised markings on a road that cause an immediately noticeable noise and vibration when driven over. They alert drivers to changes in traffic patterns, warn them when they are crossing traffic lines or going onto the road shoulder, and signal speed reductions in a non-visual way.

Reflective Markers — Reflective road markers come in a wide variety of styles and are made from many different kinds of materials. In general, the purpose of reflective markers is to provide visual direction to drivers in low-light conditions. This is especially useful in areas where street lights are rare, such as rural roads and highways outside of urban areas.

Botts' Dots — Named after California Department of Transportation engineer Elbert Dysart Botts, Botts' dots are raised pavement markers that provide a function similar to rumble strips. They alert drivers through sound and vibration when they are changing lanes. This additional feedback provides an extra layer of safety for everyone on the road.

The category of painted road markings encompasses a wide range of marking types, including driving lanes, turn lanes, parking areas, handicapped parking spots, and much more. These markings are, simply put, the common language of the road. Water-based, acetone-based, and solvent-based road paints, among many other types, are used for various purposes in different regions throughout the United States

The number of road surface markings used has expanded considerably since the days of Edward Hines and the legendary milk truck, and the way they are used in conjunction with other traffic safety features has deepened in complexity. But ultimately, the overarching goal remains the same: to keep drivers safe on the road.

So, the next time you're out for a drive, don't take those markings for granted. It took many years of innovation and planning to make our complex traffic systems as comparably safe and efficient as they are today.