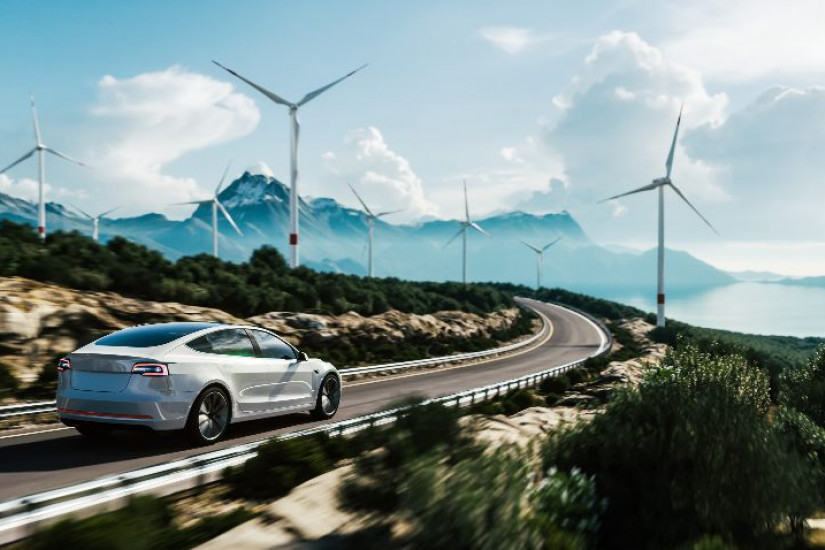 Part 2 of a Two-Part Examination

In the first part of this analysis, we examined the continually-deferred promise of the all-electric automotive world, its failures of infrastructure, and its general confinement to the luxury car-buying demographic. Now we must dive a little deeper by analyzing the broader supply-chain issues that may hamper electric's growth, the behaviors that may prevent its rapid ascent, and the still-extant world it apparently must displace.

Batteries require lithium. Electric cars require batteries. But there is only so much lithium, and it is used for a broad range of applications beyond the automotive industry. The availability of lithium in the quantities required to reach lofty all-electric goals is far from certain.

The International Energy Agency (IEA) reports that "Only a handful of companies can produce high-quality, high-purity lithium chemical products, lithium hydroxide in particular: five major companies are responsible for three-quarters of global production capacity. While several planned expansion projects are in the pipeline, there is a question mark over how rapidly their capacity can come online to keep up with demand growth given that there are few deep-pocketed companies that can finance expansion projects, especially after several years of depressed prices."

The same article reports that the supply of lithium is heavily concentrated in China, where almost 60% of global lithium chemicals are produced. This is a liability for reasons we needn't elaborate on.

There is a common misconception about the late Soviet Union: that one could not purchase whatever one needed. This isn't entirely true; it would be more accurate to say that one could purchase almost anything one needed, but would be rather limited in their options. Imagine the never-ending cereal aisle at an American grocery store reduced to a single brand. And on the box of that single brand it just says 'cereal.'

This very concept is an affront to the American mindset. We love options. We love having them, even if we do not use them. We love feeling that we are free to make a choice. Our love of freedom is not well understood or always appreciated, even within our own nation. But across demographics, there remains this clear and distinct American desire to choose. And certainly there are populaces around the world, in many other nations, who share that desire.

Will the freedom-minded consumer appreciate the interference of government actors to prevent them from driving a gas-powered vehicle (as is planned in California)? It seems unlikely. Even if electric vehicles were to attain a respectable market share, there will still be many consumers who choose not to go electric, who lobby against forced electric, who by their vote legislate against the same, and who will not buy an electric vehicle even if you open a spreadsheet in front of them cataloging all the claimed benefits and force them to peruse it.

As long as there is readily-available gas, there will likely be gas-powered vehicles. In the United States, we may confidently assume, and in other free nations around the world. The draw of freedom and the feeling of roaring down an open highway under gas power is too significant to ignore. And no analysis of electric vehicles and their future should ignore the oft-contrarian and individualistic human spirit.

The conveyors of all-electric messaging would have us believe that the new world will settle on us like the morning dew, and that the age of electric will dawn like New Year's Day with the United Nations' calendar. There is a slight inconvenience to the realization of this imagined future: reality.

The infrastructure of the United States, the developed world and the developing world, is deeply dependent on fossil fuels. The tens of thousands of gas stations around the United States exist, and will likely continue to for the lifetimes of all those now living, barring the apocalypse. The oil rigs and the derricks, the gas trucks and the pumps, the fuel tanks on everything from cars to boats to lawn mowers, will remain. They will not evaporate, be transfigured, or become batteries.

The old world, which employs millions, exists stubbornly in the way of the new. To claim that the all-electric world is inevitable is extraordinary; all evidence points to the contrary. That it is not, in fact, inevitable, but really a fragile, budding thing. That electric must prove itself. The new world, if it is to ever be thought of as such, must first become a part of the world we all live in and make itself known to us as a convenience of our daily lives and not as something rich people enjoy and write about for tech blogs.

No doubt electric enthusiasts will read this article with disdain, and that is your right; if the electric world, the new world of promise, is truly inevitable, then show us the way. Guide us. Tell us why we should care and why gas isn't better and how electric will be more convenient very soon, and maybe tell us when.

For now, the old world can only shrug and fill its tank.