Safety Tips for Driving On the Interstate 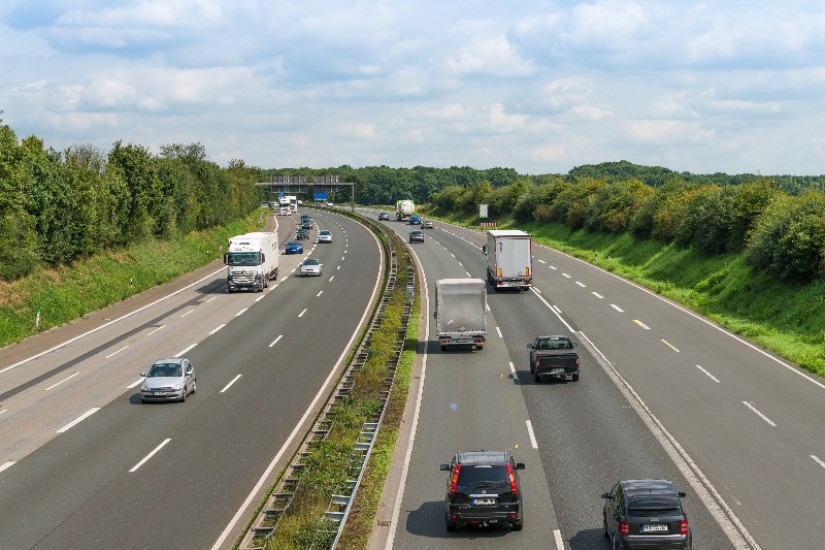 Regardless of where you rank it when it comes to challenging driving experiences, there's no denying that driving on the interstate can be interesting, to say the least. Interstate driving is often marked by long stretches of boredom punctuated by intense periods of frustration and sudden bursts of total insanity. Watch out: it's the third one that will really get you.

But aside from just paying attention to the road and looking out for psychos who think Death Race 2000 was an instructional film, how can you improve your interstate driving experiences and better your chances of arriving safely to your destination?

There's plenty to learn on this front, but let's start with a few simple tips.

The word 'prepare' appears three times in that subhead, and that's how you know it's important. Seriously though, many of the problems you'll encounter on the interstate can be solved by preparing for them long in advance. Here are some examples:

A. You want to get there faster. You could drive like a maniac and stress yourself out, or bring plenty of snacks and drinks along with you, time your journey to avoid rush hour at both ends, and pack a lunch to avoid a lengthy stop in the middle of the trip. Yes, it's sometimes good to get out and stretch your legs, but it's best to consolidate stops as much as possible. If you can fill up, use the restroom, and stretch your legs in one stop, that's ideal. Separate rest stop visits and dedicated lunch stops are inefficient. This is easy to pull off solo, or maybe with one person; if you're traveling with a whole family, it may be difficult, but you can trick kids into playing along by offering some wacky reward if you make it by a certain time. As for the reward itself, who cares? Some candy or a box of Cracker Jack or something. The real reward is for you: less time on the road during a family road trip.

B. You want to drive safely. This one is obvious, no one plans on a road trip thinking, "gee, I hope I slam into a guardrail today." But the way you go about planning that safe journey matters. A big factor here is getting enough rest the night before. Don't pack at the last minute. Don't add stress to your life. Driving on too little sleep is dangerous, and it also makes the driving experience a miserable one. Don't be afraid to indulge in a little caffeine to keep you extra alert on the road, but avoid drinks with sugar, or else you might crash at an inopportune time. Not like a car crash, like a tired crash.

C. You want to have fun. OK, maybe you aren't the hyper efficient, 'let's get it over with,' type when it comes to road trips. You want to stop all the time and take pictures of giant metal pigs and nonsense like that. You can't ride with me, but it takes all kinds, and if you want to make the most of your fun stops along the way, you should do a little research. Use Google Street View to figure out exactly what each stop looks like and what it will involve in terms of driving. Add these stops to your GPS route as sub-destinations, and make sure they aren't too far out of the way. This will prevent you from doing crazy stuff, like pulling off at the side of the road suddenly to take a picture of a 'Welcome to This State' sign. Ever seen that happen?

Have you ever had a nemesis on the interstate? Another driver who just absolutely drove you nuts, to the point that you developed this wild narrative in your head about how they were out to get you and how you couldn't let them pass you at any cost?

If so, I have some unfortunate news: that's crazy. The vast majority of people are just trying to get somewhere. Some of them act like clowns in the process, but rarely does anyone care about anyone else on the road in any sense. They are more than likely totally absorbed in their own business. With that in mind, ignore traffic slights. There is no driver reputation leaderboard and you won't lose any points for letting a speeding minivan pass you. Never escalate a traffic situation. Deescalate, and let the crazies do their thing far, far away from you.

This one is not immediately obvious. In fact, long road trips are often an excuse for us to eat all kinds of crazy junk we normally wouldn't. But does that actually make sense? Does gorging yourself on beef jerky and spicy peanuts actually make sense on a road trip? Should you eat an entire bag of Goldfish? Should you chug a liter of Mountain Dew? Would you do so normally?

If so, you know, do what you Dew, but it makes no sense to eat food you wouldn't normally eat at home just because you're on the road. And eating a ton of crazy snacks that disturb your digestive ecosystem is not exactly a sound strategy when you're going to be in a vehicle for hours on end. Eat sensibly, and save some money, too, by not loading up at convenience stores just out of boredom.

Last But Not Least...

...have fun out there. The interstate system is a great way to see this beautiful, sometimes crazy, country of ours, and to see all kinds of different vehicles and people, for better and for worse. So get your seat in a comfortable position, get locked in, and try to enjoy yourself along the way. And you will. Just as long as no one starts singing '99 Bottles of Beer.'