Slowing Your Roll: How to Deal With Slower Drivers On the Road 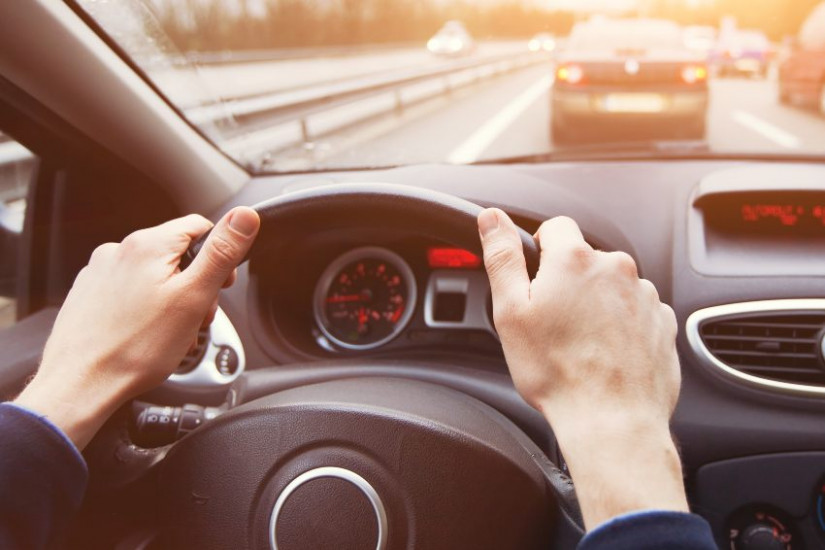 When you're driving and you pull up behind someone who is driving significantly slower than the posted speed limit, what is the best strategy for dealing with them? There are a few schools of thought on this, but the most popular strategies* are as follows:

*None of the aforementioned strategies are in fact endorsed or condoned by Traffic Safety; examples are for satirical purposes only.

In all seriousness, none of the crazy strategies listed above are smart, and many are unlawful. And yet most of us can admit to being enraged by slow drivers — or at least mildly annoyed by them. It's only natural to get a little frustrated when you are stuck in traffic behind someone who has no consideration for anyone else. A person who drives dangerously slowly is not being safer by reducing their speed; on the contrary, they are endangering others and disrupting the flow of traffic.

More to the point, they are disrupting busy schedules. They are preventing their fellow human beings from getting where they need to go on time, and, in most cases, it does not appear that they could care any less. That is, psychologically, the ultimate source of the frustration with abnormally slow drivers: they are making your day more difficult and they don't care.

And yet, we have seen by the absurd examples above that angry and irrational behavior isn't a smart or advisable option. So what should you do? How should you deal with drivers that just don't care? Here are a few tips for when other drivers slow your roll.

When a slow driver doesn't care, and you do, they are winning. They are sitting there in their car, listening to the Benny Hill theme song on repeat, and they just don't care about you or any other driver. They are in their own personal world. You caring about their speed doesn't make them care; getting angry and doing a Yosemite Sam routine could just make them care even less. They don't care, and they are free.

So here's how you beat them: reduce your care levels to levels of uncaring never seen before. Care less than the uncaring drivers. Embrace a zen-like feeling of a total lack of care.

Who cares if they are driving slowly and holding up traffic? You know it won't last forever and that soon you will be free of these uncaring jerks. You know that you won't have to drive behind them forever. And so, you will choose to not care, and liberate yourself from the burden of being angry and upset about their slow, careless driving. What a wonderful feeling!

... enough of the zen. You're running late, to heck with zen! You have to be somewhere and the slow driver in front of you is doing more than keeping you from getting a Beef 'n Cheddar for one extra minute —  they are seriously disrupting your routine. And in this case, it's time to pass them —  safely, of course.

Think about your whole life up until this point. Let it flash before your eyes, as it were. Do you

want that story to end with a serious accident because you were hasty to pass someone in an unsafe and illegal way? Do you want to be seriously injured or injure someone else as a result of a risky pass? Of course not! What you want to do is bide your time and abide by traffic laws. Wait for the right moment to pass. Don't cross solid lines. Pay attention to the traffic situation. Never take a risk in passing, there's no point. Always pass only when it is 100% safe to do so.

Far too often on our highways, we see people pull off risky passing maneuvers, where they essentially get lucky and don't cause a serious accident. But drivers that do that kind of stuff often eventually find out that the odds catch up with them. Don't risk it.

Additionally, be wary of drivers who may be attempting to pass from behind you. If a slow driver is holding you up and you're frustrated, chances are that the drivers behind you are frustrated as well.

No, I don't mean never having brats and beers outside the stadium. Unlike the beloved sports-adjacent activity, tailgating on the road — also known as "following too closely — is quite dangerous. Drivers who tailgate underestimate the amount of time it takes to brake, and also don't often account for the reaction time (or lack thereof) of drivers in traffic behind them.

Of all the risky driving behaviors, tailgating is one of the worst, because it introduces so many unknowns. When you tailgate, you don't know what the driver in front of you is going to do. You don't know what the driver behind you is going to do if you have to suddenly brake. And you don't know what the people around you, including the person you are tailgating, are thinking, or how they will react. You are putting yourself in a very tight scenario in terms of reaction time, and placing yourself and others at risk for no real reason. As we see all the time, tailgating rarely changes the behavior of slow drivers; if it does anything, it reinforces their behavior by giving them a reason to double down.

Moreover, tailgating can net you a ticket for following too closely. The police officer will not care if the person in front of you was driving slowly. If you end up rear-ending someone or otherwise causing an accident because of your tailgating behavior, you will likely be at fault. All in all, it's just never a good idea.

Slow drivers are the worst. OK, maybe they aren't the worst, but if we took an opinion poll of the worst things, they would probably be on there somewhere. They would get a lot of votes. But just because they are the worst doesn't mean you have to be the worst along with them. You can be better. Do better. Set an example for humanity.

Start by taking a deep breath. Yes, they are slow. But eventually, they will be out of your way, and then you can go fast. Take it easy, keep things on an even keel, and follow the tips in this article, and you will be well on your way to softening the blow of inconsiderate drivers slowing your roll.