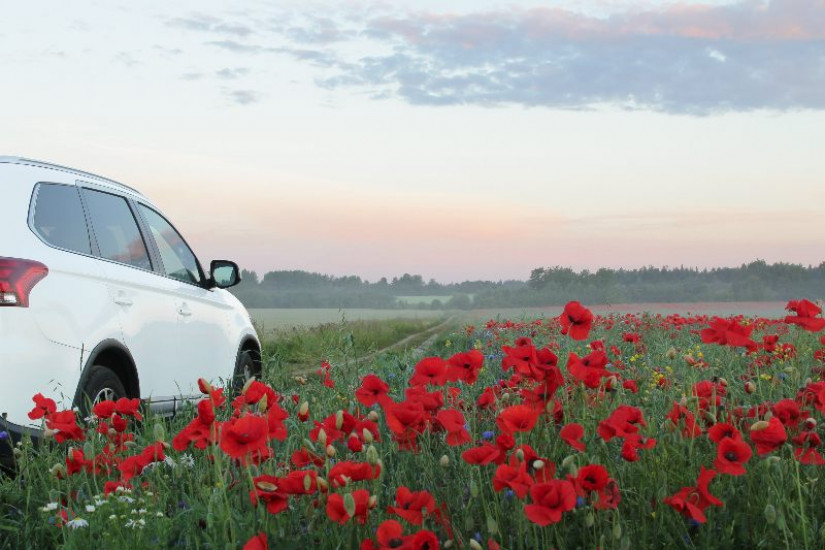 "It happens every spring, the world is young again" - Frank Sinatra, It Happens Every Spring

Ahhh, the springtime. Flowers are in bloom. Love is in the air. Dew clings on the petals of-- OK, OK, I'll stop. I'm sorry. Yes, spring is one of those seasons that poets love to go on endlessly about and that advertisers like to take advantage of, but for most of us, it's just another season. Sure, we're probably mostly grateful to be leaving winter behind, but for the most part we aren't expecting bluebirds to fly in through our windows and do all the spring cleaning for us, Disney-style.

Still, it's undeniable that spring has a certain appeal. And for many of us, it brings energy and increased activity, which may well mean more time spent on the road, where conditions are notably different than in winter.

So, how can you stay safe on the road this spring season and avoid swerving poets and young lovers texting each other at 80 m.p.h on the highway in the rain? Read on for a few simple springtime tips!

1. Stay Safe In the Rain

You've heard that April showers bring May flowers, but did you know that bad drivers and rain bring rear-end collisions and neck pain? OK, maybe that one doesn't roll off the tongue. But for many of us, spring is the rainiest season, and that has a big impact on driving on the road. Chances are you are a confident rain driver, but even if you feel a little nervous driving in the rain, the important thing is not to panic.

Don't do anything drastic. Don't suddenly pull over to the side of the road. Don't put your hazards on and cut your speed dramatically unless absolutely necessary. Stay calm, stay focused, and keep your eyes on the road. Your main hazard in the rain isn't typically the wet conditions, but rather the nervous drivers around you who panic and cause dangerous situations.

Perhaps the best way to make sure you are ready for rain driving is to ensure you've got good tires on your car. Nothing makes driving in the rain more dangerous than bald tires that should have been swapped out a year before. Check your tires today and prepare yourself for the wet season to come.

2. Keep Your Eyes Peeled for Potholes

Potholes are a late Christmas gift that winter leaves behind, and they are probably one of the worst gifts of all time, all things considered. Is there anything more rage inducing than driving along, singing badly to your favorite rock ballad, when suddenly you run over a pothole as deep as the Mariana trench and have to spend the next few minutes with your music off listening to your car to make sure you didn't break something important?

Yeah, it's the worst. The solution is to remain hyper vigilant of potholes in the springtime, and avoid them as best as possible. Remember that you typically don't need to swerve to avoid a pothole, and you probably shouldn't; a small adjustment can ensure your tires go around the pothole rather than over it. Sometimes potholes occur on the sides of roads where erosion is most severe, so be careful when turning to avoid those big dips.

Spring really is a season of love, and not just for us humans. For many animals, its mating season, and that means somewhat wilder and more unpredictable behavior than you might otherwise expect. Keep a lookout for all the animals that are filled with new energy in this revitalizing season. Pay attention to animal crossing signs, and be particularly careful at night, to avoid a collision with wildlife that could prove costly, dangerous, and perhaps worst of all, super traumatizing if you have kids. Bambi, anyone?

Enjoy It While It Lasts

Spring may introduce some new hazards on the road, along with more than a few annoying commercials, but let's take the time to give this season its due: it is, as far as the weather is concerned, typically a rather pleasant season, relatively, and an excellent time to get out on the road and take in the great outdoors.

Most importantly, you should enjoy spring while it lasts. Because if one thing is for sure, it's that those blazing dog days of summer are coming, and, if you live anywhere near the equator, you'll be wishing it was spring again before you know it.