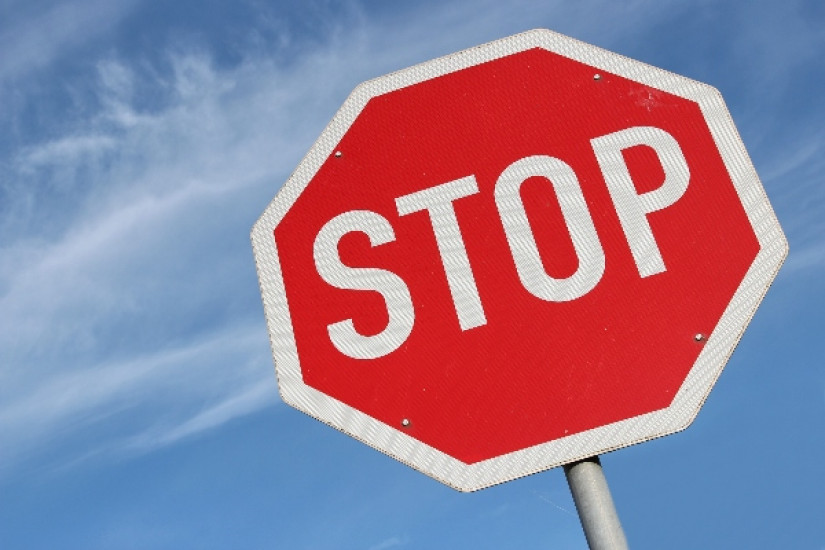 "Stop! In the name of love

Before you break my heart"

- The Supremes, Stop! In the Name of Love

Alright, so stop signs are actually stopping people in the name of the law, not love, but if you love your life then you stop for them, and failing to do so could break some hearts. You probably stop for them every time you drive (unless of course, you live in Paris, which doesn't have them).

But what do you really know about stop signs? Where did they come from? Did some extraterrestrial traffic safety authorities swoop down over the country one night and plant them on street corners? The answer, like crosswalks, is a bit more pedestrian. But that doesn't mean it isn't fascinating in its own right. So, pour yourself a cup of tea or coffee and step into the octagon. The red octagon, that is.

The first stop sign was invented and put to use in Detroit, Michigan in 1914. It was the brainchild of a man named William Eno (who never learned to drive a car). He was inspired to become involved in traffic management and safety after getting stuck in a traffic jam with his mother as a child. That jam involved horse carriages, but as motor vehicles came into use, it fueled Eno's innovation.

Dismayed by the chaos of traffic, Eno introduced the stop sign, and, get this, roundabouts, one-way streets, and the first-ever traffic safety code. Simply put, Eno was the father of traffic law and order and without him, our streets would probably look like M.C. Escher meets Fast and Furious. His simple, seemingly beyond obvious idea — that vehicles should sometimes be made to stop for safety reasons — has saved countless lives over the years.

Traffic systems are complex. The engineering that goes into ensuring that even a medium-sized city functions well in terms of traffic flow is intricate. Stop signs play an important role in that system by ensuring that drivers come to a complete stop when necessary for their safety and that of others.

They also interlock with other systems and with essential traffic equipment, including channelization devices and warning signs, to ensure that everyone gets where they are going safely. Think of how many times you've heard the story of a terrible accident begins with "the driver ran a stop sign." That alone should illustrate the significance of William Eno's invention.

An Essential Message for Every Driver

Stop signs are essential, yes, and we should all be glad they were invented. But they are only as useful as the drivers who stop at them. And there is a troublesome behavior many drivers engage in when faced with one: the "rolling stop."

As its contradictory name indicates, the rolling stop is not a stop at all. The essential impatience that leads to the choice to not come to a complete stop throws traffic systems into chaos.

So, the next time you are on the road, do your part for the stop sign and for every driver. Always come to a complete stop and check for oncoming traffic. While I can't promise that William Eno's ghost will smile over your shoulder, you're certainly free to pretend he is there, giving you a ghostly thumbs-up.