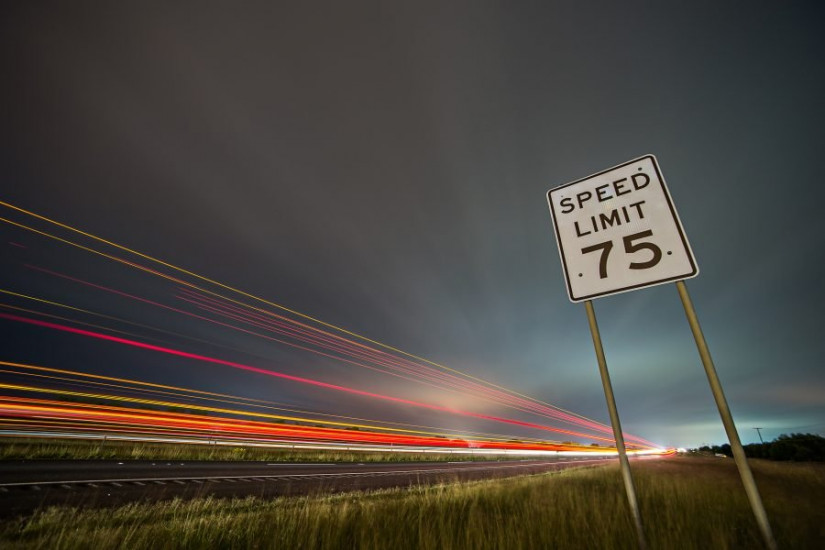 Tortoise and the Hare: The Fastest and Slowest Speed Limits

Everyone knows the story of "The Tortoise and the Hare." This classic fable is for some reason much more popular than "The Hare and the Faster Hare" which has way more action. But I digress. The moral of the story is a simple one: slow and steady wins the race. Evidently, transportation departments across the United States had their own takes on the fable, as they set wildly different speed limits across the nation.

Whether you're with Sammy Hagar or you routinely shake your head in disbelief and mutter "tsk, tsk" as people speed past you on the highway, you're sure to find these extreme speed limit examples worth slowing down for. Or maybe you'll speed through them. The choice is yours.

Hawaii has long had a reputation as the perfect place to relax and spend time soaking in gorgeous views and ample sunshine. But did you know its laid-back, slow-moving style extends to its speed limits?

That's right: the Aloha State has the lowest maximum speed limit of all US states, topping out at 60 mph on its fastest interstates. That limit is on the high end; you can expect to drive much more slowly throughout the state, even on the kinds of roads that seem like they were made for a little pedal-to-the-metal action.

What's more, if you decide to try and make Fast and Furious: Honolulu Drift a reality, you may find yourself facing stiff penalties. Depending on your cited speed, you could pay a fine of $200 to $1000, have your license suspended for 1 to 5 years, or even face jail time in certain circumstances. All the more reason to pay careful attention to speed limit signs and take care while driving in this beautiful state. And hey, maybe slowing down a bit will let you enjoy more of the sights.

Texas: Everything Really is Bigger

85 is a big number. It's much bigger than 60. If you live to be 85, that's generally considered pretty good. If you have 85 bananas, you have an absolute ton of bananas, and everyone will be impressed. And if you can drive 85 mph, legally? Well, that is quite big indeed. Texas State Highway 130 helps the Lone Star State maintain its reputation for bigness with style. This speedy road runs northeast out of San Antonio and boasts a 41-mile tolled stretch where you can flex your Hemi (or what have you) without fear of Walker, Texas Ranger punishing your lawlessness.

85 is a big number, but you know what's bigger? Ninety-nine. Now before folks in 10-gallon hats call foul and take me for a rustler of false state facts, I want to say that this number has not to do with another state, but with another country, one that also happens to start with 'United.' I'm referring, of course, to the United Arab Emirates (UAE).

Located along the Persian Gulf on the Arabian Peninsula, the area today known as the UAE has been inhabited since roughly 125,000 BC. But I can guarantee you that as swift as the stone-wheeled vehicles* owned by those early car enthusiasts may have been, there's no way those primitive desert racers could have imagined the sheer impressiveness of the speed on display in our time.

That's right: in the UAE, the max speed on the Abu Dhabi-Al Ain and Sheikh Khalifa highways is a blistering 99 mph. Authorities advise drivers to behave sensibly in poor weather conditions and to not exceed the already high posted limit or be fined. And really, let's face it: if you need to go somewhere faster than 99 mph, you should consider these things called airplanes.

*This idea remains unverified by historians.

Traffic Safety of GA wants to make sure that everyone arrives home or to their destination safely. Always maintain a safe speed and distance between you and drives ahead of you and keep your eyes on the roads. You never know when speed limits will change, construction sites pop up, or that channelizing devices will direct you to make some lane changes.