Tips for Driving to the Airport 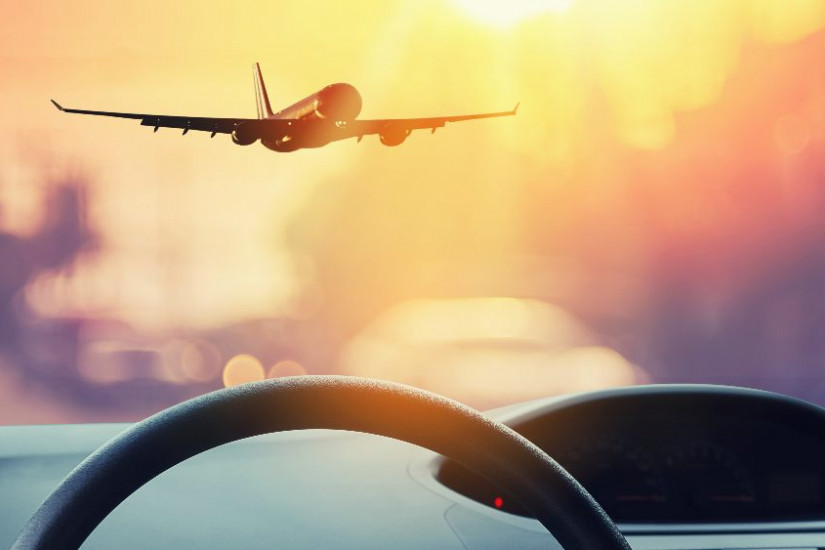 The airport trip. Some dread it. Some love it. Well, maybe some love it. But probably most dread it. There you are, sitting at home, minding your own business when you get a text message or phone call. And there, in digital written form or on the line asking ever so nicely, is a friend, family member, or loved asking you to pick them up from or drop them off at the airport. And you, being the nice, accommodating person that you are, agree to do it. After all, if you had to be dropped off for a flight or picked up after arrival, you'd want someone to show up for you, right?

OK, so you agree to it. But then comes the actual trip to the airport. And let's face it: Even if you are one of those unique individuals who gets excited by the prospect of going to the airport, the actual process is rarely fun. In fact, it's sometimes downright strenuous. But don't worry. We've compiled a few helpful airport driving tips to hopefully make your next trip a little less stressful - if not totally fun for everyone involved.

Just don't do it. For law enforcement, catching speeders at airports is like shooting fish in a barrel. It's easy, it takes little time on their part, and the fish come right to them. Speed limits drop rapidly as you get closer to an airport. And beyond any one of those speed limit decreases there could be a police officer, or several, waiting to nab lead-footed drivers.

Maybe you are in a hurry. Perhaps your friend or family member has guilt tripped you about how long they've been waiting after arriving early. Perhaps you will be a late to a holiday party or other occasion if you don't pick them up in time. No matter. Arrive late. Explain that you didn't want to get a ticket. If you get pulled over, you're just going to be more late, and you'll have to pay a bunch of money on top of that. Don't give in and speed at the airport. It's simply a lose-lose.

This should be easy, but a surprising number of people struggle with this. When you are looking for the person or group you're supposed to pick up, or for the drop-off zone, it's easy to miss otherwise obvious signage. If you don't look at the signs, you might end up going to Departures instead of Arrivals. You might also be confused and embarrassed when the police officer or airport security start waving their arms and yelling at you that you can't park there. That's always unfortunate.

OK, so you are following all the rules and you are driving safely. That's great. But just remember that not everyone around you will be doing the same. People get frustrated driving at the airport. They get tired of looping back around or sitting the cell phone lot. They get annoyed with their in-laws. They get frustrated with other drivers. And, ultimately, they end up pulling foolhardy driving maneuvers as a result.

When driving at the airport, assume that anyone around you in traffic could do something crazy and dangerous at any moment. Be careful, keep your head on a swivel, and watch for people pulling out in front of you suddenly in pick-up and drop-off areas. You never know what someone might do if they are late for dinner at a hibachi restaurant.

All of these tips can be boiled down to one piece of advice: Take it easy and drive safe. Airport driving shouldn't have to be stressful, and being careful doesn't mean you have to feel like you are in the Thunder dome. Keep it cool, go nice and slow when you're supposed to, and follow all relevant signage. As for your friends or family blowing up your phone to ask you where you are because they had to wait a few extra minutes after being on a plane for hours? Ignore them and drive safely. They aren't going anywhere.