Traffic Flaggers: Who They Are and Why We need Them 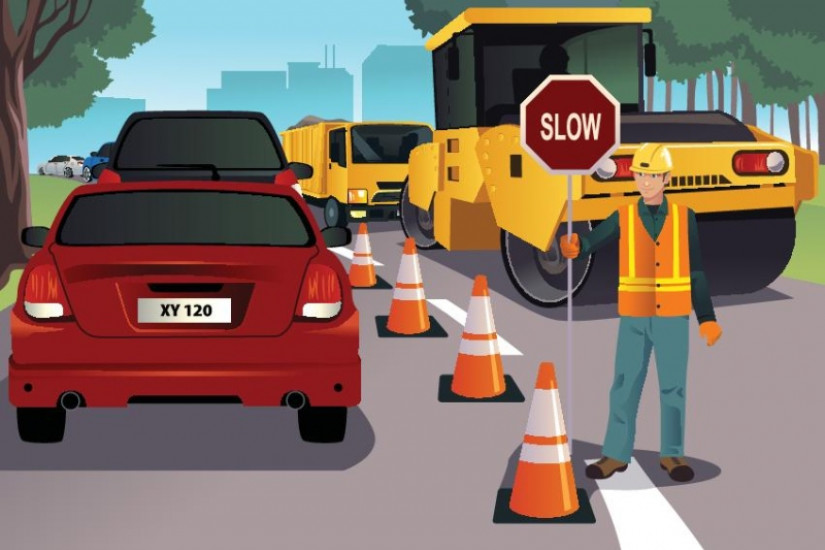 Driving on the road these days you can get the sense that everything is flowing on its own. That the flow of traffic is automated, controlled via programmed light cycles and based on complex analyses of patterns and driver behavior. While there is some truth to that, the human element of traffic safety and control is still very much present and essential. And there's no better example of it in action than traffic flaggers.

If you've ever driven past a construction site, you may have seen an individual holding a sign and directing traffic. You may have even thought, "I could do that, how hard could it be?" The answer to that question may surprise you.

Traffic is not static and it is not always predictable. While the busiest times for traffic can be determined in a general sense, events will always occur that throw even the best calculations off-course. That's why it's so important to have traffic flaggers on-site during roadwork and roadside construction.

Flaggers rely on their knowledge of traffic laws and regulations and quick instincts to provide drivers with the information they need to move safely through a construction zone. The ability of flaggers to communicate the right information to the right drivers at the right time is essential. And they don't come by that knowledge instantly; you can't just pick up a flag and start directing traffic. In fact, there is a high degree of training involved.

The Basics of Flagger Training

Traffic flaggers must attain certification via a state-approved training course and carry a valid training card on their person at all times while engaged in flagging operations. Certification and training requirements vary by state, but all have the same purpose: to ensure that individuals certified as flaggers have the expertise necessary to perform their job safely and correctly at all times.

Flagger training doesn't just protect motorists; the job of a flagger is inherently dangerous if performed incorrectly, so training courses include information on how flaggers can keep themselves safe throughout the course of a flagging operation. It also explains what hand and flag signals to use and when, how to adjust to changing traffic patterns, and how to communicate clearly and effectively with other flaggers. Additionally, flagging courses include codes of conduct for flaggers to follow, ensuring they remain calm and courteous while performing what can be a stressful job.

Keeping You Safe On the Road

Flaggers perform many valuable functions. They stop traffic when it is necessary to keep drivers and workers safe, direct it to relieve congestion, and slow traffic for safety purposes, among many other specific functions. They also respond to accidents that occur in or near the work zone and clear paths for emergency vehicles to move safely through the zone as necessary.

Whether we drive through construction zones on a regular basis or not, we all benefit from the efforts of traffic flaggers. They ease congestion on the road and keep drivers safe, helping to avoid accidents that could cause congestion throughout the traffic system. So, the next time you see a flagger at work in a construction zone, remember the training, alertness, and hard work that goes into their job. They keep our roads safer for drivers and construction workers alike, and deserve recognition for their efforts. Now you know; not just anyone can pick up a flag and direct traffic!