A Car-Free Utopia: Is Mass Transit Really the Future of Transportation? 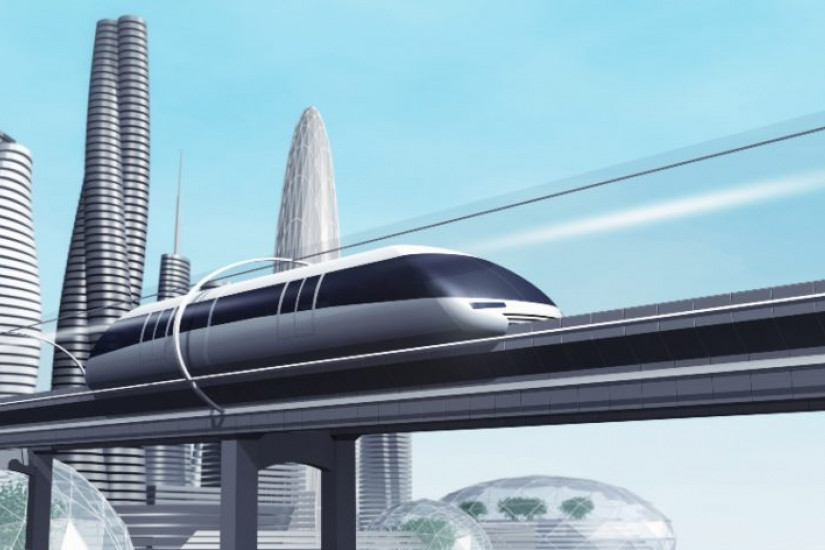 Earlier this month, we published an article about the recent obsession with walkable cities. We recommend diving into that piece for the full evaluation, but, in short, we concluded that pedestrian safety and utility can absolutely be improved, without going to the extreme of eliminating cars from public spaces entirely.

In a similar vein, there is a debate raging in certain circles of the Internet, in the policy-making world of Washington DC and various state capitols, and even, perhaps, in reality as well, about the amount of space that cars take up as compared to public transportation/mass transit. This debate, like the walkable cities one, is often attended by clever images of buses vs. cars on the road, to demonstrate the different amount of space they take up by comparison.

This topic also bleeds into the electric vehicle discussion, which we covered in a recent two-part article:

The argument against the solo car as presented by the proponents of mass transportation is simple: cars, they argue, are wasteful of space, bad for the environment, dangerous, inefficient, and, perhaps most importantly, a continued detriment to quality of life for people in urban places. It's an easy argument, and easy to understand, and its strengths are based less on the strengths of the alternative it proposes, and more on the weaknesses of the present circumstance it assails. In other words, the argument works because the flaws in the present system are evident.

But what about the alternative? Is mass transit the future of transportation to the exclusion of personal cars? In fairness to the argument, let's start by considering what a world driven by mass transit could look like in an ideal circumstance.

Poof, all the cars are gone. Poof, high speed rail networks go up around the United States. Poof, bus routes are expanded and more buses put into service in cities around the country, and the default mode of transportation becomes hopping a train or taking a bus.

In the mass transit utopia, no one even wishes for cars anymore. With traffic on the roads incredibly light, given the total absence of cars, bus routes are efficient, and everyone arrives to work on time. The pollution in big cities decreases, and the air quality increases correspondingly.

With the increased emphasis and greater financial backing, mass transit becomes cleaner, faster, and better for everyone. The age of the car is over, and we embark on a new journey together, on trains, planes, and buses.

There is some appeal to the mass transit utopia. But — and perhaps this is cynical and misanthropic — I can't help but think that for many readers, even the most ideal state of public transportation and mass transit is not particularly appealing.

The truth is, there are many people who just don't want to share the same space with their fellow human beings as part of their commute. It's not you — it's us. We just don't really want to sit next to you. Don't take it personally. In the Mass Transit Utopia, no one smells bad or exhibits poor or dangerous behavior, so that's not it. It's just that we want to be in our cars, with the radio on, perhaps, with our temperature controls and our seat warmers and our leather steering wheels. Do you begrudge us that? Are we bad people for wanting to be enclosed in our bubbles?

Of course, we feel this way for a reason, we drivers. In the Mass Transit Reality of the 20th and 21st centuries, crime, mental illness, uncleanliness, rudeness, inefficiency, bad smells, lack of availability, and poor logistics drove us away from Mass Transit, and we are loath to return to it.

But even if it were sterile and neatly arranged as a honeycomb, and even if everyone on mass transit were pacified somehow into perfect behavior, and even if every train and bus ran on time and every bus stop were covered and air conditioned, the truth is we still might just prefer our cars.

It is the beauty — and, for some, the problem — of freedom. In a world where we are free to make our own decisions, as adults, we have to be free to drive our cars, even if that means sitting in backed-up traffic on the freeway burning gas. Is it smart? Is that right? Is it the best way possible? We cannot make those judgments.

What we can say is that the mass transit reality of today is far from the mass transit utopia its proponents envisioned. And we, the drivers of the world, while sympathetic to the problems of traffic congestion and pollution, will roll up our windows as we drive by the transit protests. We're terribly sorry; we just really like our cars.